In the Crimea today.... by Miriam Halahmy 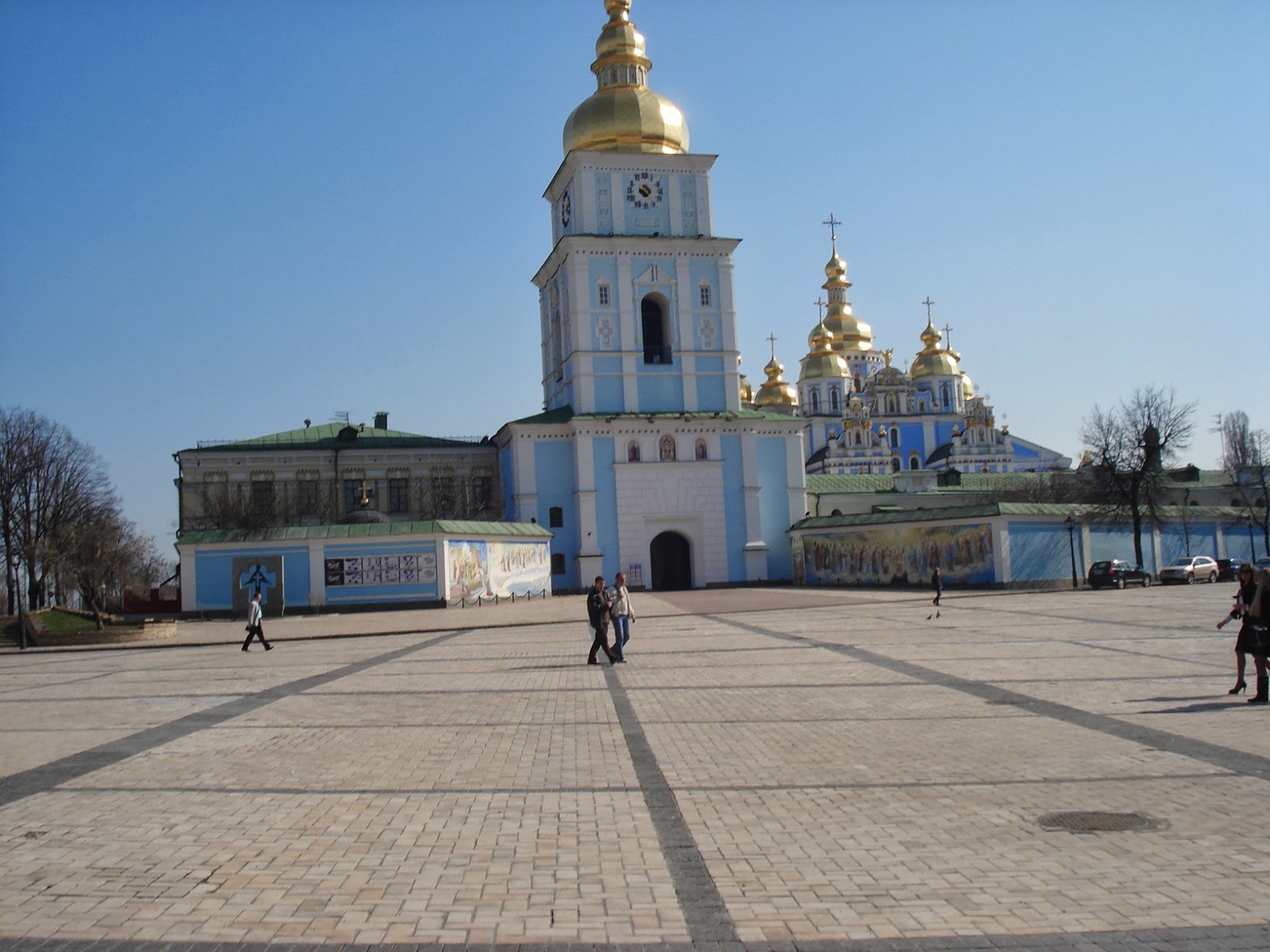 My thoughts have been far from home in the past few weeks, in Kiev and the Crimea, thinking of all the places I have visited and the people I have met. In the past five years I have visited Kiev twice, stayed at a hotel on Independence Square, visited cafes and the ballet and then flown to Simferopol, capital of the Crimea. 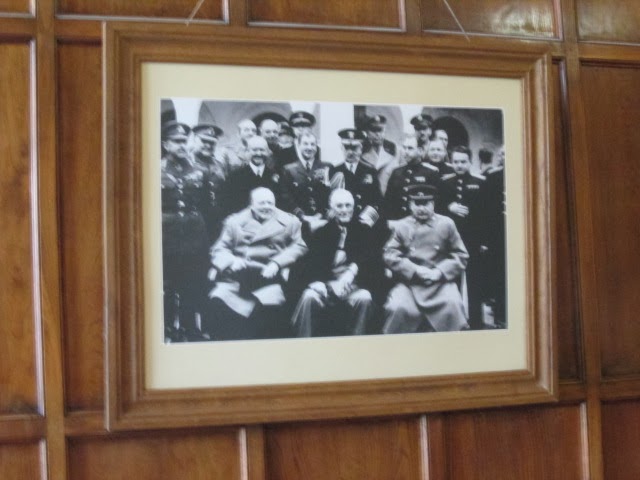 I have visited Yalta, the most beautiful resort on the Black Sea and the Livadya Palace where Churchill, Stalin and Roosevelt famously met in 1944. I also visited Chekov's house and his beautiful garden which inspired his play The Cherry Orchard. 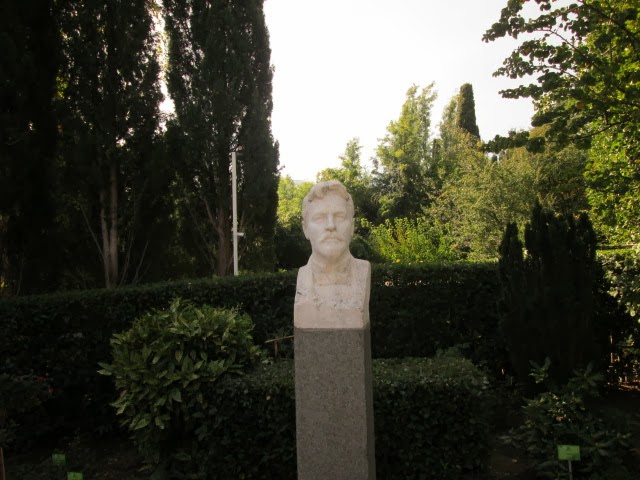 
After two trips to the community in Kerch, I have forged a strong bond and feel very concerned about how the people I have come to know and admire are coping in the current crisis.
Over the winter of 1941 -42 the Nazis killed 40,000 Jews across the Crimea, shooting them in dry wells and anti-tank ditches. Very few survived. In Kerch 7,000 Jews were shot over three days at Bagerov Ravine, an anti-tank ditch outside the town. 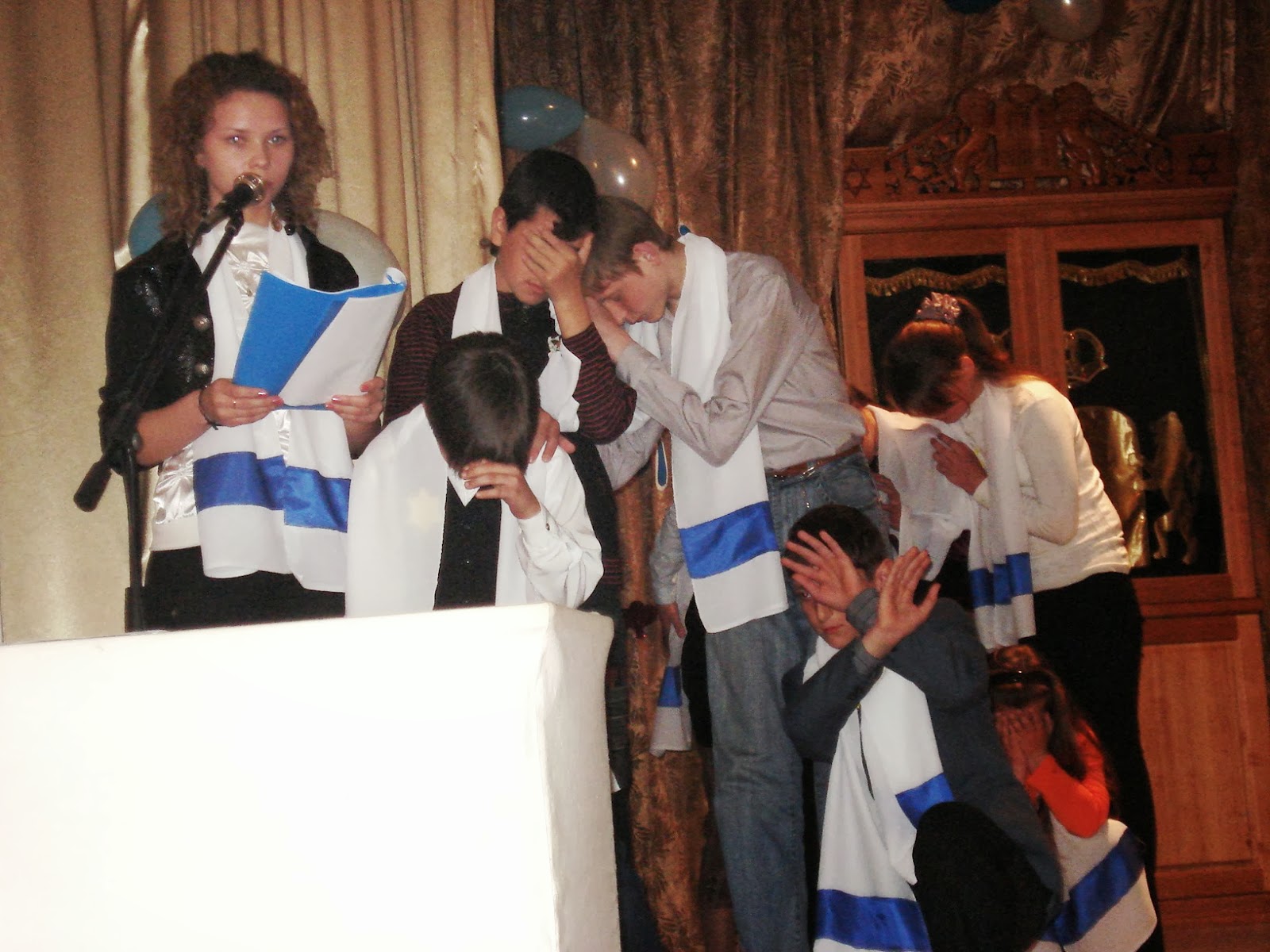 The young people of the Kerch Jewish community are very aware of their history and on one of our visits, they acted out a scene to show the fate of their grandparents generation.

But they are also very proud of being citizens of Kerch. Little Kerch was designated a Hero City by Stalin at the end of WW2, one of only thirteen Hero cities in the Soviet Union, alongside Moscow, Stalingrad and Kiev. The Nazis came twice to Kerch and each time the people fought back. It is said that the Straits ran red with blood such was the horrific slaughter. So you can understand the pride in their city. 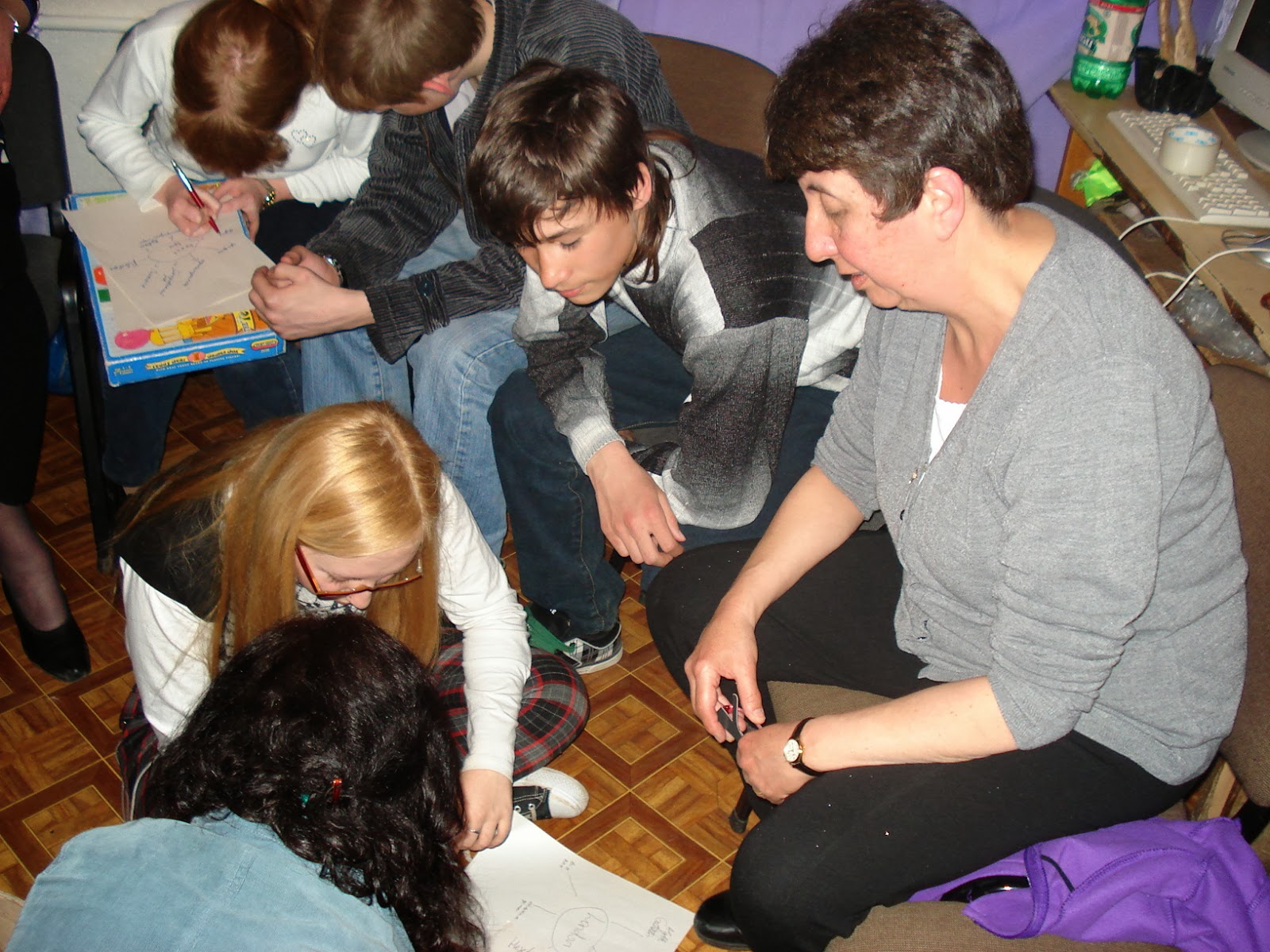 I have lead creative writing workshops with the youth on each visit and one exercise asked them to think about both London, Kerch and Israel. This was the group poem which emerged.

The Queen, pancakes and the Wailing Wall  by Kerch Youth Club

When I think of Kerch
I think of
the Black Sea
the Azov Sea
burial mounds
an ancient city
pancakes
family
red cars
I think of
traditions in our synagogue
Kerch fish
the Griffon, our symbol,
Bagerov Ravine
and the Hero City

When I think of Israel
I think of
the Wailing Wall
army
the Tower of David
oranges
war
I think of
menorah
challah
hummus
Hebrew
sand
and the sun shining all day.
As I write this blog the news is that two Russian divisions are now mobilised on the Kerch Straits, over on the Russian side, facing little Kerch. The Straits are only 4 km wide.
The Jewish communities of the Crimea are feeling rightly concerned about the current political situation, as are all the peoples of their peninsula. My hope is that the situation is resolved quickly, everyone stays safe and the communities can return to a peaceful way of life. My thoughts are with everyone, but especially our twin community in Kerch who have worked against the odds to revive Judaism after it was all but wiped from their city. http://www.miriamhalahmy.com/