I have recently made a nostalgic trip with my brother down memory lane to the place where we spent the first ten years of our lives - Hayes, Middlesex. Not perhaps the most inspiring landscape for a budding writer but that's all we had and now I write novels and my brother, Louis Berk, is a semi-professional photographer. Hayes must have had a part to play in our creative development. It certainly was the place where my childhood imagination took wings, stimulated by my voracious appetite for reading.

We were one of the last generations of children to grow up in complete freedom to roam and so we played out until dark, either in the street outside our house or up the rec where the bad boys roamed! Our mothers never knew where we were. It was a golden time for childhood and I had many adventures. But reading was still the most important thing I did.
I still remember my mother waving me off at the door, after dark on a November afternoon, the street lamps glowing yellow and walking to the top of our road and down the next one to the little library. I must have been all of nine years old. We found the building but the inside has been converted into flats. 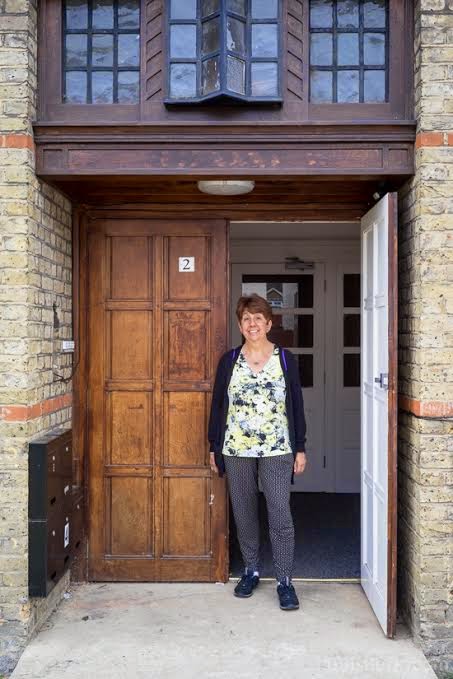 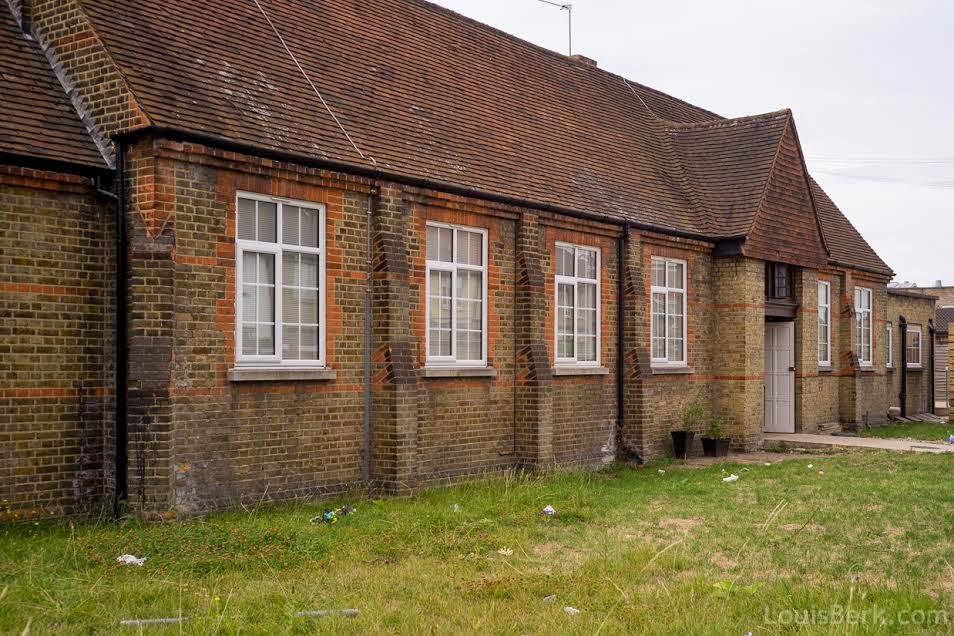 The library was my treasure house although I was only allowed to take out three books each week and couldn't join the adult library until I was eleven. But those weekly visits were the high point of my week.
I read through the entire canon of any author I loved from E. Nesbit, through Enid Blyton to Richmal Crompton and hundreds in between. My imaginative life slipped between the games in the street, the exploration of my area on my bike and the books I read. In between I wrote poems, stories and songs. 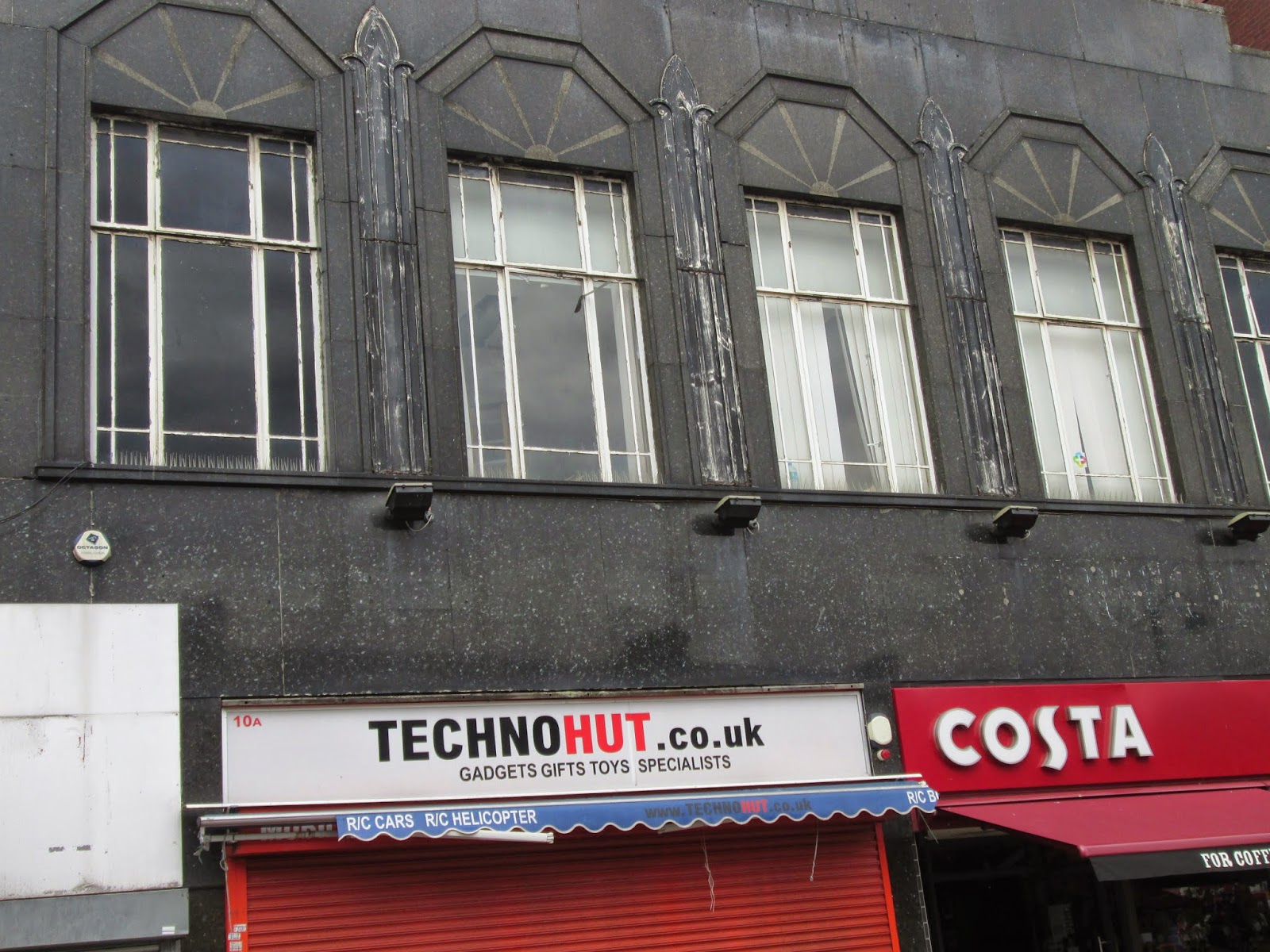 I started nursery classes at three and a half in this room above a Burton tailoring shop and I remember this big grey front so well. My teacher,Mrs Ison, wore her university gown to teach her class of 3-7 year olds. I loved her classes so much I insisted on going full time before I was four. I was already reading independently and the only time I was ever told off in school was for daydreaming - well, writers are actually supposed to do that, aren't they? 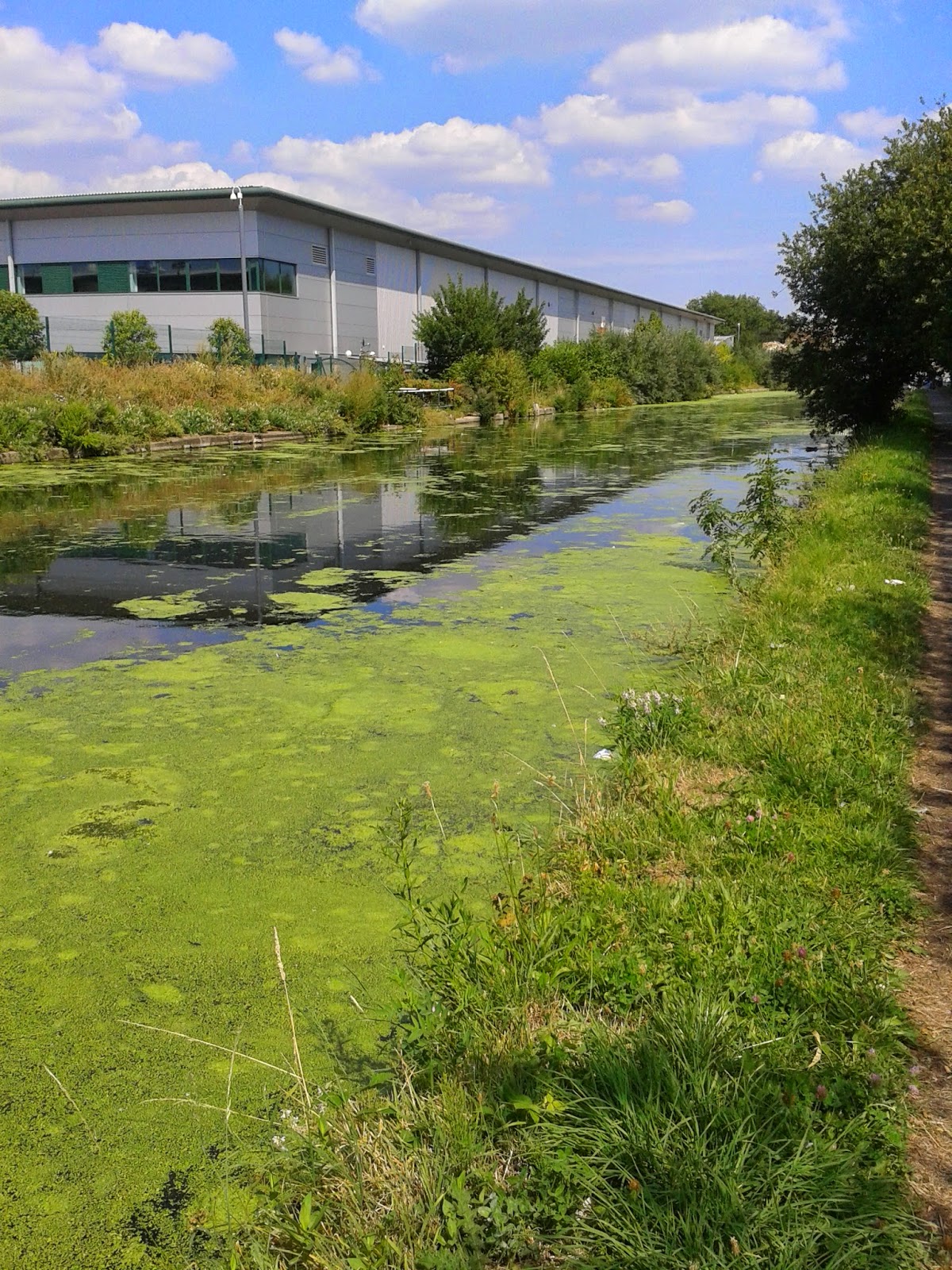 One of my favourite playgrounds in Hayes was the Grand Union canal. I used to ride along the tow path on my bike all year round. In winter the canal iced over and the fish were trapped. I used to release them with a stick, slipping about on the icy path. In summer fisherman sat along the bank fishing for hours. I couldn't swim until I was nine so fortunately I never fell in, although there were some near misses. 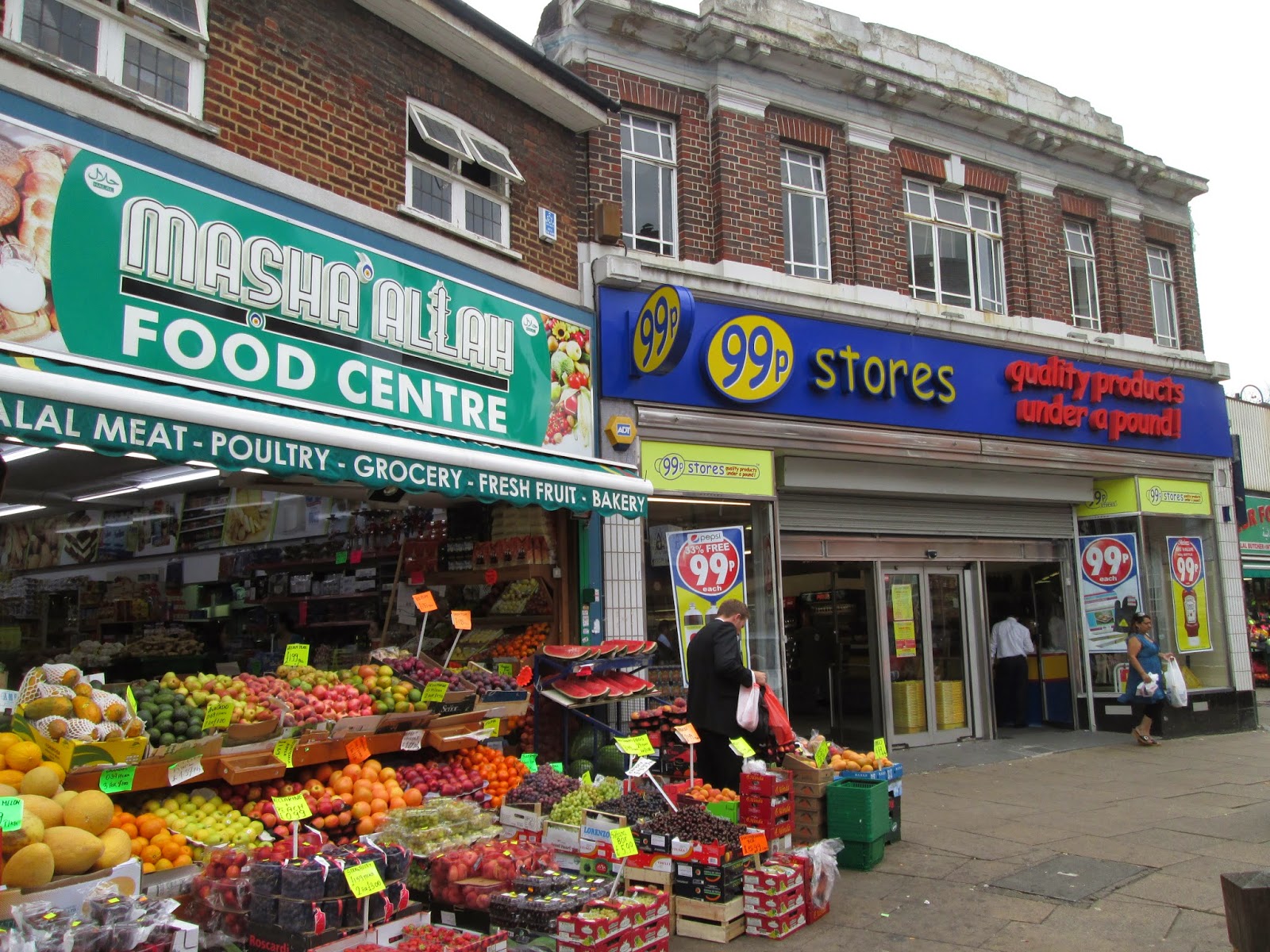 This 99p store used to be Woolworths where I spent my pocket money. Opposite was Poplars, selling sweets and tobacco. My mother would send me up the road for five cigarettes in a paper bag and I had three pence for going.

As we got back in the car to drive away we agreed that perhaps it would have been more interesting to grow up in the Lake District or the Alps, but Hayes is what we got and my childhood feeds my stories endlessly. However, I did spend a lot of my student days in the mountains halfway up a rock face - I'd had enough of flatlining for a life time.
Not everyone can grow up on the edge - but then the edge can be found anywhere really. If you let your imagination run free. 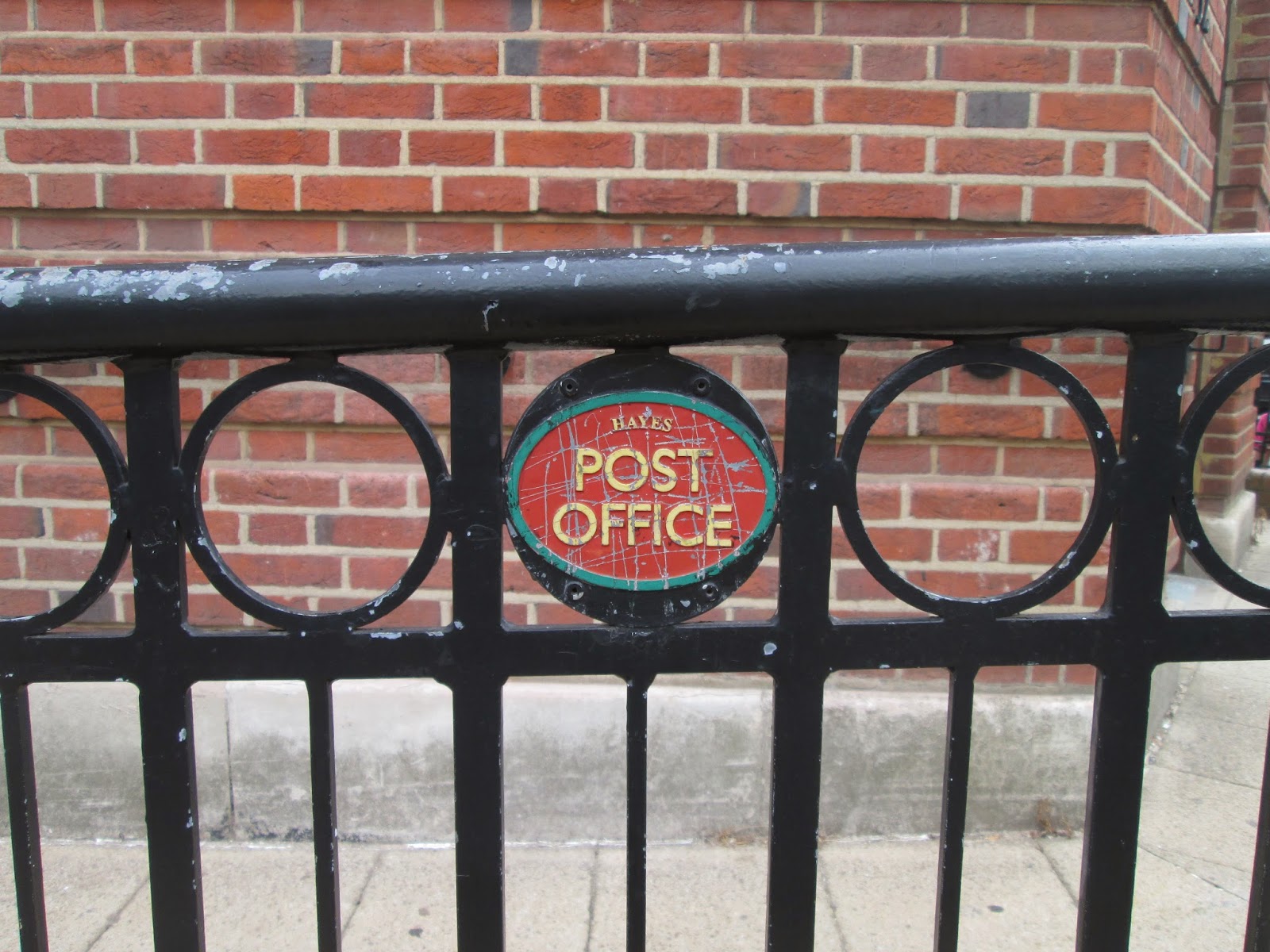 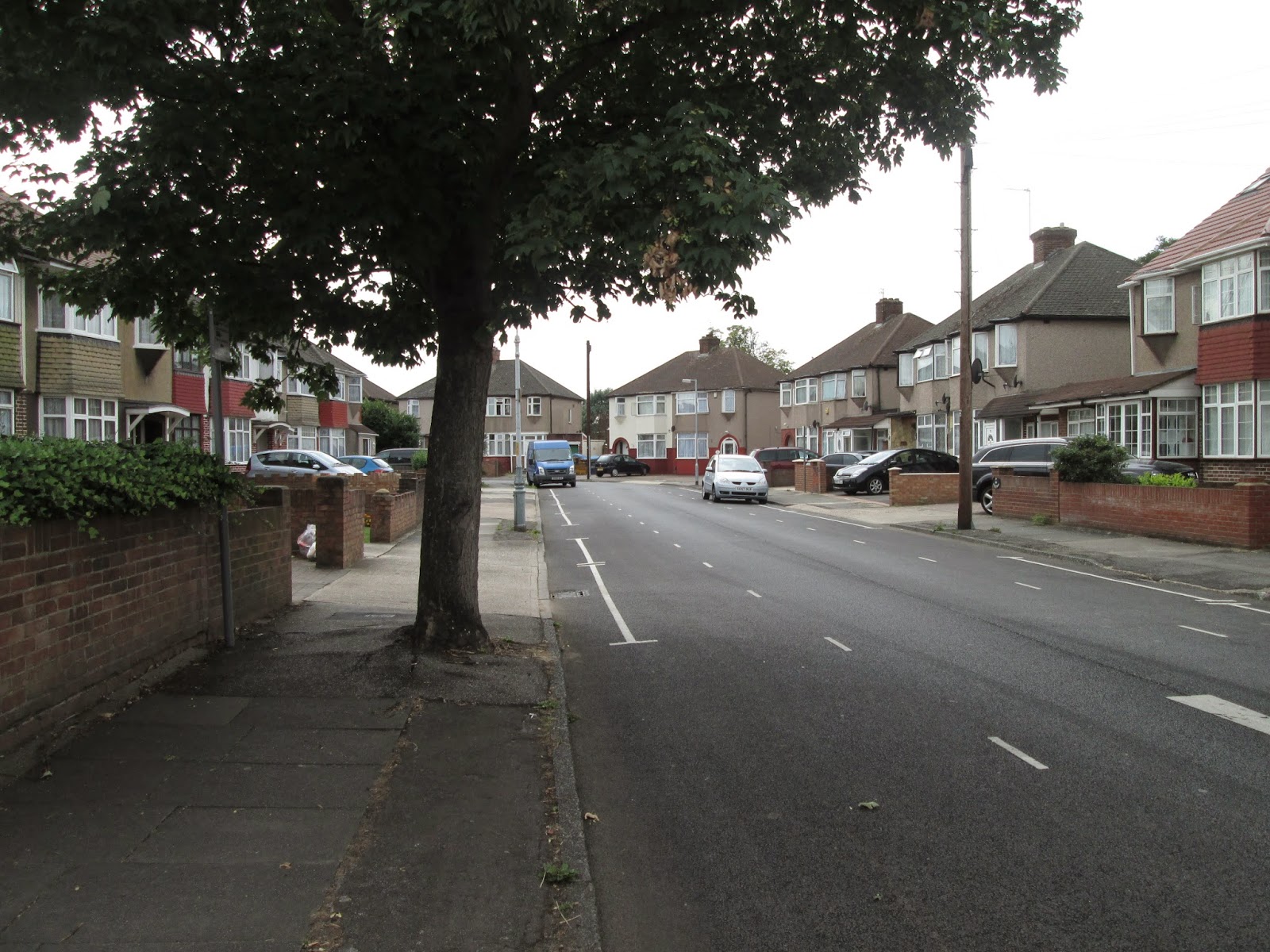 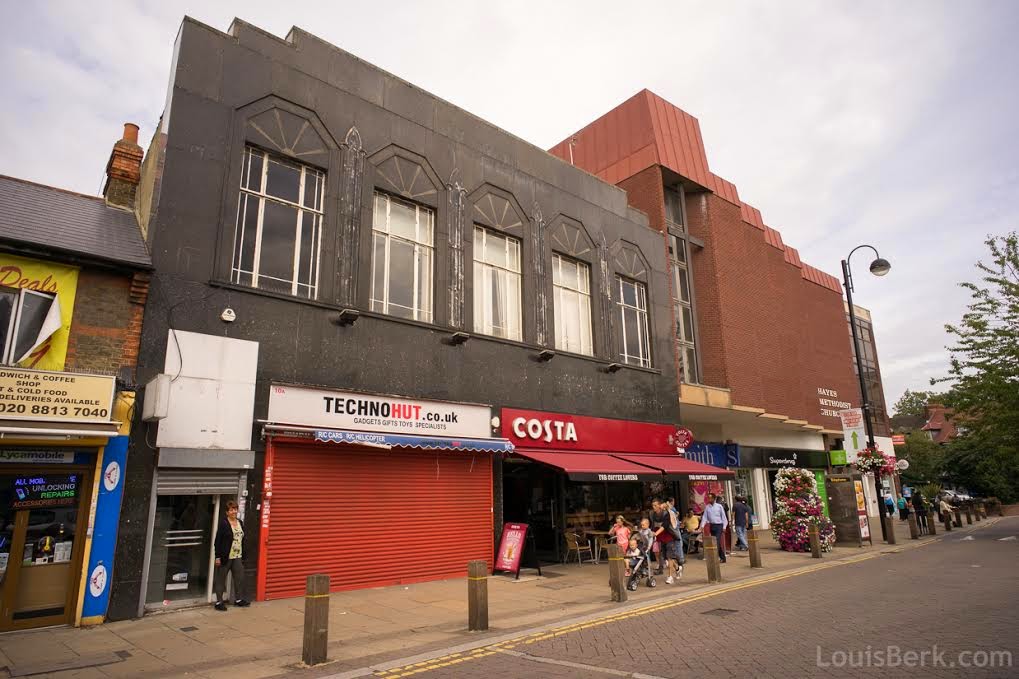