Learning the Craft by Bryony Pearce 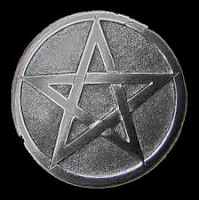 Much as I like stories about witchcraft and magic, this post isn’t about that sort of craft.  It’s about writing and whether it has to be learned or if it just comes naturally.

I’m one of the first of a generation to "benefit" from a Government policy that dictated that grammar should no longer be taught in state schools.  As a result I never learned grammar beyond the very basics (e.g. you don’t start a sentence with ‘and’) and, although I’m a writer, the technical jargon remains shrouded in mystery. 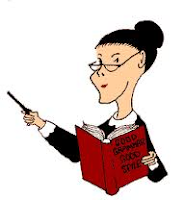 Yet despite being at a loss when it comes to the rules of grammar, I can somehow write coherent sentences.  My husband, who did in fact go to a grammar school and is the world's greatest pedant, becomes apoplectic at the sight of "text speak" but has been known to read a whole chapter of mine without going pale and falling over.

Somehow, I’ve managed to absorb the rules of grammar without actually learning them.  I know if a sentence isn’t correctly structured because to me it just feels wrong.  How is that possible?

It seems obvious really; as babies we learn the rules of language and sentence structure (adding "ed" to the end of words to make them past tense for example), not by hearing a set of rules, but by hearing our parents talk.

In just the same way I learned to write by reading what other people had written.  I have always been an avid reader and by the time I was at middle school had probably absorbed all I needed to know about sentence structure.  So I don’t know the technical terminology – does it matter?

My school did not teach creative writing, (it was much less a part of the curriculum then than it is now) and when I left university (also without any creative writing tutoring), desperate to become a writer, it never occurred to me to actually do a course in it.  The message that had infiltrated my subconscious was that writing was not something you learned from a teacher, it was something you just knew how to do.

So I started writing.  I spent a year scribbling down ideas and stories.  I naively even sent the first part of one to a few publishers.  Finally, after the inevitable rejection (it hadn’t even crossed my mind to approach an agent), I gave up and went into Market Research.

In the course of my job I had to write PowerPoint presentations for clients, which pruned my proclivity towards excessive verbosity (or did it?).  Then after a few years I realised my ideas had dried up.

So I finally considered a course.  I wasn’t looking for someone to tell me how to write, I just wanted to be forced to put pen to paper again in order to unclog my idea blockage.  In the end I chose to do a distance learning course with the London School of Journalism, in short story writing.

Techniques for writing short stories are not the same as those for writing a novel but still, I felt I had what I wanted from the course – the ideas were flowing again.  So in 2004 I took one of those ideas, ran away from London and wrote a novel.

It took me four years of writing and working out where I went wrong and rewriting and doing it again but when I sat down with a new idea and wrote another novel, I had learned enough to win that coveted book deal.

Almost two years of working with a brilliant editor on Angel’s Fury taught me yet more.  I know I’m still learning and I still don’t know all the technical terminology (I live in fear of a teenager asking me the difference between first person present tense and third person past participle …shudder) but I think on the whole, I’ve learned my craft.

It was, perhaps, a long and tortuous way around.  I’d love to know if things would be different for me if I’d done a proper creative writing course.  Perhaps I’d be on my tenth book deal by now (perhaps not).  But for me, the best teachers are my own mistakes.  As long as they don’t hurt anyone I like to make them, to learn from them, to move on and get better.

So, in conclusion, the craft of writing does have to be learned.  And there are two ways of learning: the ‘school of life’ method and the ‘school of school’ method.

Not everyone likes to learn the way I did.  Others prefer to have the support of a group of people all doing the same thing and benefit from (metaphorically or literally) sitting at the feet of a tutor willing to impart industry knowledge such as techniques (dialogue and POV), how to pitch and insider information (actually that sounds eminently sensible now I come to think of it).

All of us have come to the same place.

If you want to learn to write (and you do need to learn) there will be a way that will suit you.

Details of Miriam Halahmy’s popular workshops are as follows:

A workshop in the Ham and High Festival in September on Writing for Children and Teens: http://www.ljcc.org.uk/events/2247-miriam-halahmy-br-creative-writing-workshop-writing-for-children-and-teens.html?festival=1