Don't Give Up The Day Job?

This weekend I’m off to my first Scattered Authors Society conference, which I’m very excited about, but as part of our preparation we’ve all been asked to fill in an anonymous questionnaire on “Earnings and Yearnings” and this has been quite an interesting exercise, and it’s useful to take stock.

At school visits I’m often asked how much authors earn, and find that there are quite a few misconceptions, with many people assuming a book deal is enough to justify giving up the day job. When new acquaintances discover I write children’s books often their reaction is
“are you the next JK Rowling, then?”
“I wish,” is my reply, although interestingly, when JK Rowling got her first publishing deal for Harry Potter, even she was advised to get a day job since she had little chance of making money from children’s books. 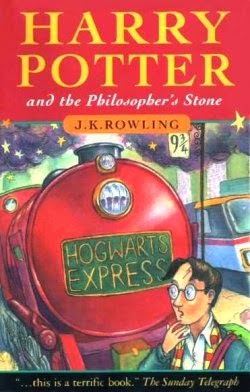 So how much do authors earn? It’s a difficult question to answer because unlike most jobs, there are no set pay grades, and it varies from author to author a great deal, with 10% of authors earning over 50% of the total income (according to figures from the Authors Licensing and Collecting Society).

Book deals announced through Publishers Marketplace will sometimes tell which category the sale was in:

That way people know how much a publisher paid for the book, without saying exactly how much money was offered in the ADVANCE.

This figure is an advance on ROYALTIES to be earned by the book, and is usually split into three installments:
1) installment on signing the contract
2) installment on delivery of the completed manuscript
3) installment when the book is finally published. 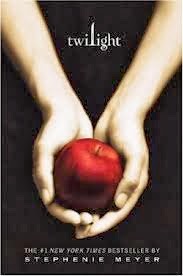 But while an advance is an indicator of how many copies a publisher expects to sell, it is not the end of the story. For example, Stephanie Meyer received an advance of around £450,000 for the first three Twilight books, whilst JK Rowling’s advance for Harry Potter was just £1500.
Consequently, for either to start earning royalties their book had to earn out its advance first. So let’s do some quick maths:

So if the first of Stephanie Meyer’s Twilight books had an advance of £150,000, and let’s say she earned 10% royalties, and the book’s list price was £6.99, that means the royalties equal roughly 70p per book, and consequently would need to sell 214,286 copies just to break even.
Conversely, only 2,142 copies of Harry Potter would need to be sold before JK Rowling started earning
royalties.

However, for various reasons, many books never earn out their advance.

A question authors are often asked is “How well is your book selling?” but to be honest, it’s really hard to know. Amazon.com have an Author Central area which will tell you exactly how many copies of your book they’ve sold in the USA, per month, and even in each state, whereas Amazon.co.uk will currently only reveal your book’s sales ranking against all the other books they sell.

So how much does a writer have to sell to make it?

Writing is not a reliable or steady source of income. It’s not a career to go into seeking fortune, and no one can predict if or when you’ll get your first or next publishing contract, which makes it very tricky to budget and to plan your finances.

If you love writing, write. Write because you can’t not write, write to improve your writing.
If you get published – bonus
If you have another job you enjoy which you can do at the same time, and will pay the bills – fantastic.
If you earn enough to write full-time – brilliant
If your book is sold all over the world and made into a movie franchise – hurrah!

But that’s not the reason to write.
Write because you have a story to tell.
Write for love.

Whisper it, but boys have feelings too! Sure, we love a good explosion, high-adrenaline car chases, a bit of blood and guts here and there, but hey, that doesn’t mean we don’t have a softer side.

But where’s the romance in books for boys? Sorry, I hate even using that term—books are books—why do we have to categorise everything? (But that’s a rant for another post.)

So, in honour of St Valentine’s Day, I thought I’d compile a list of my top five 'romantic' teen/young adult (there we go again!) books that I think would be enjoyed by anyone, including your average sports watching, game playing, teen boy … 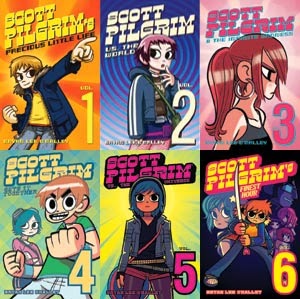 Scott Pilgrim by Bryan Lee O’Malley (series of six graphic novels)
Scott’s love-life is a mess. His heart has been broken by the evil Envy Adams, and the books start with him dating Knives Chau, but his friends suspect this is no more than a rebound relationship. Sure enough, when the enigmatic Ramona Flowers skates through Scott’s dreams, he becomes infatuated with her. But in order to date Ramona, Scott has to first defeat her seven evil-exes in mortal combat. Understandably Knives isn’t too happy, and swears revenge against Ramona. Love triangle? This is a veritable love-decagon! Funny, romantic and surreal, Scott Pilgrim is packed with action fight scenes, game-play references, music and much more. The artwork is great too! 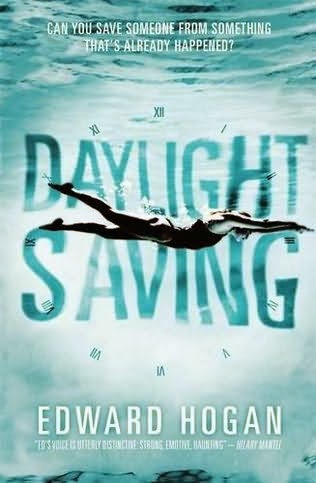 Daylight Saving by Edward Hogan
We’ve all fallen for the wrong person at some time in our lives, but falling in love with a ghost! I picked this up in the shop because of the premise: Can you save someone from something that has already happened? And the story delivers on this promise—and then some. An original, gripping, mystery thriller with great warmth. 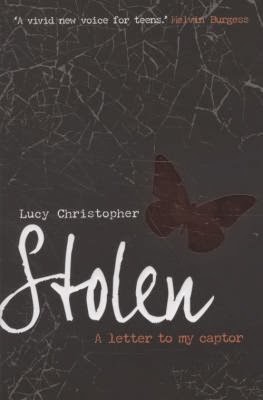 Stolen by Lucy Christopher
It’s not often a book leaves me feeling uncomfortable, but this story haunted me for a long time after I’d finished reading it, because I was so shocked by what I was feeling at the end.
16-year-old Gemma is kidnapped from Bangkok airport, and taken to the Australian desert by her captor Ty. Having at first made attempts to escape, she eventually starts to develop feelings for him.
It’s not the first time Stockholm Syndrome has been explored in a story, but Lucy Christopher’s treatment is subtle and very cleverly done, showing the development of a complicated relationship between two very real characters. A story with plenty of action and lots to think about. 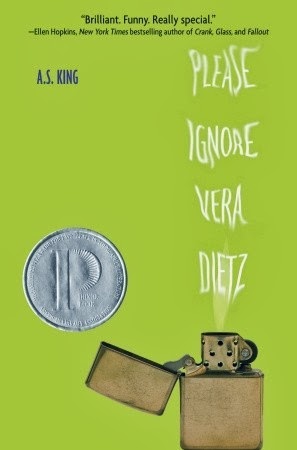 Please Ignore Vera Dietz by A.S. King
Vera Dietz has spent most of her life secretly in love with her best friend, Charlie Kahn. The story starts at Charlie’s funeral and what follows is a gradual unveiling of the events leading up to his untimely and mysterious death. While attempting to solve the mystery, Vera works as a pizza delivery girl, argues with her dad and talks to Charlie’s ghost. This is by no means a traditional romance, but then love isn’t always longing looks and heaving chests! Vera is a witty narrator, and it was the richness and vitality of the characters that made A.S. King one of my favourite authors by the time I’d finished it.
I immediately read Ask the Passengers—a story about a teenage girl coming to terms with her love for another girl—which could easily have been included on this list. 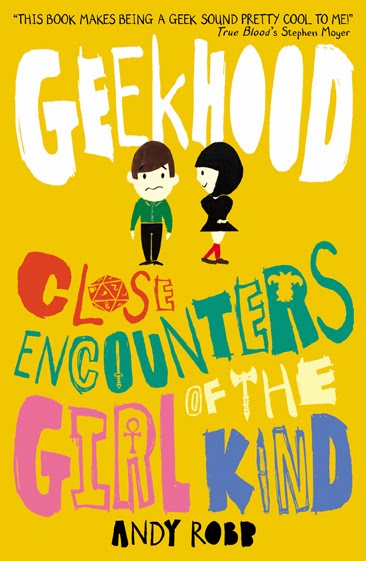 Geekhood: Close Encounters of the Girl Kind by Andy Robb
In the world of role-playing games, 14-year-old Archie is a Level 5 Mage, capable of summoning the Undead; in the real world, he has warring parents, a crass step-father, school bullies and rubbish hair to deal with. Then a Beautiful Girl appears and Archie embarks on a Daring Quest to win her heart.
This book is laugh out loud funny, but also warm and heartfelt in its treatment of some of the very real problems faced by young people today. Teen romance as it really is!

So, there it is, my top five, slightly unorthodox romantic novels, but what are yours? Leave a comment to let us know, and maybe we can compile a Romance on the Edge Reading List!

Waiting for Gonzo by Dave Cousins is out now in paperback, kindle and audiobook, and features a very romantic moonlit scene on page 147.
Posted by Edge Writers at 01:00 6 comments:


Here’s the thing about being a writer.  I love to write.  I would rather write than almost anything else.  And yet … sometimes it’s impossible to sit down at the computer.  Sometimes I can sit down, and just cannot open the document I have been working on.

Sometimes I arrive at Procrastination Station and cannot get off.

Procrastination Station is a place that most writers I know are very familiar with.  I think that part of the problem is how we have trained our brains.  We are simply not made to FOCUS.  As writers I think we are (case in point, I literally just stopped mid-sentence to go and see what my son’s pet hamster, Bear, was doing) made to observe and query.  Our minds pick up on every little thing, examine it in case it might be of interest in a present or future story and squirrel it away, much like Bear whose little cheeks are now bulging with hamster muesli.  We spot things that others might not.  I certainly know that no-one else in my house spots the dust or sees that the hoovering or dishes need doing.  But it isn’t just housework that stops me from opening my precious documents.  Here are some other stops on the way to procrastination station:


Writers are easily distracted, we daydream; we are built to procrastinate, after all that comment on Facebook might lead to another brilliant story idea.  We are also timid creatures.  The conductor boarding at Procrastination Station is Doubt.  What if everything I’m writing is rubbish?  What if my other idea would have been a more commercial novel?  What if someone else has had the same idea, but is doing it better?  And so on.  This all stops us opening our files.

But when I do open that file, when I’ve sighed and forced myself to start work.  When I’ve cracked my knuckles and buckled down well, two minutes in I’m lost.  You won’t be able to rouse me until the characters I’m writing demand a break.  For hours I’m elsewhere.  I won’t see the house, let alone the housework.  I won’t hear the door or the phone.  I won’t open Twitter or Facebook.  I don’t even know they exist.

Once a writer is writing, they are WRITING.  It’s just picking up the metaphorical pen that can sometimes be hard.

Which reminds me, tomorrow I will be procrastinating some more.  It is National Library Day, so guess where you will find me.

Come and join me.  There’s literally nothing better to do!
Posted by Edge Writers at 17:23 2 comments: