Season's Greetings from the Authors at The EDGE!

On behalf of everyone here at the EDGE, I'd like to say a huge thank you for your continued support this year. We've enjoyed your company and hope to see you again in 2016, when we will be announcing some exciting news! Watch this space . . .

In the meantime, have a fantastic festive break, and all the best for a happy and healthy 2016.

Posted by Edge Writers at 03:00 No comments:

In defence of YA literature, by Bryony Pearce


It appears to have become fashionable recently to write blogs and articles, to make comments on Twitter and Facebook and to journalists which make fun of Young Adult literature.

These detractors, some of whom are writers themselves, tend to focus their derision by stereotyping the genre as nothing but Twilight clones, Hunger Games wannabes and sparkly pink books about love at first sight.

Demanding more protagonists who don’t solve their problems by kicking ass, learning karate or becoming more attractive suggests to your audience that most of them do. Demanding fewer books about sparkly vampires or handsome werewolves implies that this is the dominating feature of YA literature (Twilight was written ten years ago, get over it). Saying that your own book stands out because it is complex implies that other YA is not. Asking for the elimination of ‘instalove’ allows your reader to infer that no YA literature contains relationships with slow build or real depth.

How are writers of YA literature meant to bring in more readers (even to convert reluctant readers) when there are people, other writers no less, telling them not to bother reading within the genre aimed at them.

At the moment YA is the nerdy kid in the playground; the one it’s easy, even fashionable to pick on.

Perhaps this is something to do with its success. YA literature is one of the few genres that has shown market growth throughout this depressed economy, and, as we know, bullies don’t like a successful underdog.

Perhaps it is because the books that have been massively successful have not all had great literary merit (but have been cracking good stories nevertheless – and given a choice between reading literary fiction with no story and a book with an amazing story, but which won’t have passages read out in poetry appreciation I know which I’d pick). Perhaps it is because the books that Hollywood chooses to make into film are the best known, if not the best examples of the genre, enabling those who don’t read YA widely to pigeonhole all YA literature (although by this argument I could go on to judge all adult literature by Fifty Shades of Grey).

Perhaps it is because the YA community is well known to be ‘nice’. As writers, readers and bloggers were are generally accepted to be mutually supportive and friendly, does this make our genre an ‘easy target’?

Perhaps it is because our readers themselves are, or appear to be easy targets. It has always been the role of those past a certain age to criticise the choices of the young – their music, their clothes and, now that they have it, their literature.

Many readers of YA are young. Not all of them of course, YA welcomes readers of all ages, but by definition, Young Adult literature is aimed at young people.
When someone attacks YA as a genre, minimalises its importance, says that it has no literary merit, no complexity, no depth, no understanding of the world, especially if they have their own platform, I wonder if they realise that they are also saying to its loyal, young readers: there’s something wrong with you. Your choices show that you aren’t clever enough to be reading books that deal with real issues, or that have true complexity, you aren’t serious enough to enjoy real literature. All you’re good enough for is fiddling around in the shallow end of the pool, if you had any real chops, you’d join us in the deep end – the adult section.

The YA literature that I have experienced most commonly deals with subjects that concern young people. It helps them to work through and understand issues such as poverty, bullying, relationships, sexuality, climate change, death of loved ones, war, politics, violence, hatred, bigotry, racism, working out who you are, where you fit into the world, who you are going to be in the future and yes, love. It teachers its readership that it can be brave, that it can bring about change in the world – and who more important to send this message out to than the young?

Yes, some YA could perhaps be described ‘fast food literature’ (and why not – who’d want to read Tolstoy, Shakespeare and Melville all the time) but not all of it not, in fact, the majority. I’m not going to provide a reading list here (although I could); instead I suggest that we start a hashtag of the things that YA does well:

On Twitter people have been sharing what they want to read this month and recommending books. It's easier to do this with contemporary fiction because there seem to be far fewer published books by BAME teen writers.

I'll also be reading these adult fiction books:
A Brief History of Seven Killings by Marlon James
The Private Life of Mrs Sharma by Ratika Kapur
A Restless Wind by Sharukh Husain

Nosy Crow has announced that they would like to support #diversedecember. So if there are any BAME authors out there, now is your chance to submit. Check out the submission guidelines first here - Nosy Crow
Tom from Nosy Crow said, "Today we’re announcing an open call for children’s fiction submissions from debut BAME writers. I think that it’s incredibly important that our industry represents a wide range of voices, not only so that children from every background can recognise their own lives and experiences in the books that they read, but also simply to enrich the body of children’s literature that we publish, by moving out of a monoculture and embracing a wider world of ideas."

Nikesh Shukla is also compiling an anthology of essays by BAME authors, The Good Immigrant, fifteen writers who will be exploring what it means to be Black, Asian or Minority Ethnic in the UK today. He is looking for funding - here's the link if you'd like to pledge - UNBOUND
J K Rowling has just pledged £5K.

Please leave your book recommendations in the comments.

Posted by Edge Writers at 12:35 No comments: 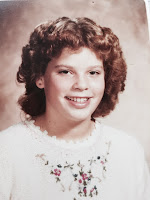