Edge Author Katie Dale asks: How much YA fiction gets lost in translation...?
I grew up devouring every American teen novel I could. I was obsessed. Sweet Valley High, Caroline B. Cooney, Judy Blume, I just could not get enough. I don't know if it's that there just weren't all that many British teen authors around at the time, or if it was also partly because of the saturation of TV by US shows - Dawson's Creek, Buffy, Friends, Lois and Clark, Gilmore Girls - or if it was just because it was so different from life in the UK, but I lived my teen years yearning to go to America, to be part of that very specific US high school experience, and ultimately it drove me to spend my second year of uni on an exchange in North Carolina (because Dawson's Creek was filmed there - yes, really!), despite the fact I was studying English Literature. 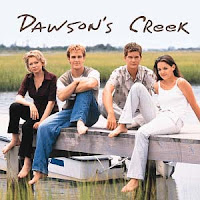 The US culture is so much a part of our own in the UK in fact, that I thought nothing of basing half of my first novel, Someone Else’s Life, in the US. I was sure that I was familiar enough with the country and the culture that I could write about it convincingly - after all, we speak the same language, right?
Wrong. Little did I realise just how many ways our languages are different. It's not just the terminology - tap/faucet, pavement/sidewalk etc but it's the culture itself. I was told having an answer-machine was very odd and old-fashioned in the US, to "get pissed" means getting drunk in the UK, but getting angry in the US and the UK school system was completely mystifying - what are GCSEs? What's a Sixth Form? - I have a whole list of things I had to reword or explain for the US edition!

Other books too, have I know been modified to cross the Atlantic, even so far as having different titles - Harry Potter and the Philosopher's Stone became Harry Potter and the Sorcerer's Stone, while the prize-winning The Two Pearls of Wisdom (Australian edition) is also entitled Eon: Dragoneye Reborn (US) and Eon: Rise of the Dragoneye (UK) - you can find a whole list of them here. And coverwise, books pretty much always have different covers for different editions.


So now my book’s also going to be published in Germany and Brazil, I wonder what else will need changing when the language/culture is TOTALLY different, and how much gets altered or lost in translation...


And it’s also got me thinking.


If English-language fiction is translated and published all over the world, how come we don't have more international translated teen fiction over here? I'm struggling to think of many - Stieg Larsson, Cornelia Funke, and a few others I've probably missed, but why aren't there more? Why don't we have many novels from Brazil, Spain, France, India, China, Japan?

Do they not exist? Or is it that they just don't sell? Do English-speaking teens just find it easier to identify with characters in the culture they're familiar with? If so, why are dystopian and fantasy books so popular at the moment?

Teens love to travel - Gap years are becoming more and more popular, precisely because there is a hunger to see the world, to experience other cultures - why don't we offer a glimpse of this in teen fiction?

Isn't YA fiction about broadening our horizons, after all...?

What do you think? Why do you think our YA literature is so dominated by English-language authors, and do you think this should change? Would you like to read more foreign fiction?
Or do you prefer the more familiar characters and locations?
And Authors, have you had to change/edit your books much for foreign editions…?


Someone Else's Life will be published by Simon & Schuster in the UK and Delacorte Press in the US in February 2012
Posted by Edge Writers at 10:36