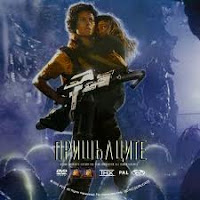 The three words I wrote in my comment on Sara’s post last week were: loyalty, betrayal and survival. Thinking about them now, I would also add hope. These are all central themes which figure pretty high in my list of films. They are also at the core of my writing. Publishers and readers like to brand writers, fit them into niches and genres, and shelve their work under particular headings. I’m often asked, “What kind of stuff do you write?” I usually respond with, “Contemporary teen/YA fiction, dark and edgy.” I guess that’s my brand. It doesn’t mean that I might not write, or am not allowed to write, a romance, a fantasy, or a comedy. It just means that if I do, it’s likely to delve into some of the themes that are at the core of my writing.
At its core, the central themes of my novel, The Long Weekend, are loyalty and survival and hope, and as for my current works in progress, yes, they share the same central themes, the same heart beat. That’s my brand.
What are your favourite films or the films which share a heart beat with your writing?
Posted by Edge Writers at 10:53