Every novel has its own soundtrack. In Lord of the Flies by William Golding there is the roar of the ocean and the buzz of incessant flies. The Secret Garden by Frances Hodgson Burnett moves from the miserable sound of winter rain against the windows to rising birdsong as spring unfolds.

My new novel Illegal (Meadowside Books, March 2012) is the second book in my cycle of three novels set on Hayling Island. So the soundtrack includes the sounds of the Island – the tide pulling over the pebbles on the beach, the wind in the pines, the rattle of the shrouds from the boats moored in the channels. But each of the three books in the cycle has its own particular soundtrack. 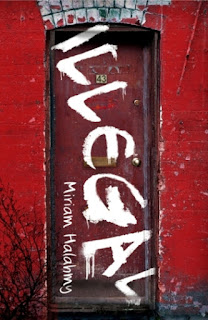 Illegal has a soundtrack to match the mood and action of the book. Fifteen year old Lindy’s family have been rocked by the death of two year old Jemma. Mum doesn’t get dressed anymore and sits round all day drinking, Dad spends his time in the bookies, the two older brothers are in prison and nine year old Sean nags for food. Vulnerable and lonely, Lindy thinks her cousin Colin has come to rescue her. But she soon realises he has trapped her into the shadowy and dangerous world of international drug dealing. Lindy is terrified she will end up in prison like her brothers. Support comes from a surprising quarter, fellow misfit fifteen year old Karl, who is mute. But Karl is resourceful and intelligent. Together they embark on a desperate path to ensure Lindy’s freedom. 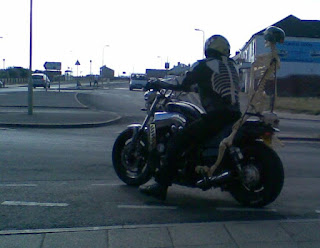 There are lots of illegal things in this book. Karl rides around on a motorbike, underage.  The soundtrack fills up with a variety of effects from roars to putters to the squeal of brakes. Karl's friend Jimmy, who is deaf and communicates only with sign language, rides a 1953 Triumph with a side car. The volume of motorbike noise goes through the roof when a group of Hells Angel wrinklies on Harley Davidsons rush past them near the pier.

Lindy’s job is to look after cousin Colin’s cannabis farm in a house down the back lanes on Hayling Island. But Lindy is spooked by all sorts of noises in the house, creaking and scraping, thuds on the floor upstairs, with the sound of the motorbike in the lane outside. Lindy half thinks the house is haunted and has a very nasty experience one evening.

Part of the soundtrack of this novel is silence. Karl doesn't speak at all and Lindy finds herself very drawn to Karl’s silent world.  Why waste words? Lindy wonders. Probably helps the environment if we breathe out less. The problems both Lindy and Karl experience from their difficult home backgrounds reflect my experience as a special needs teacher for 25 years. I worked with young people who were mute for all sorts of psychological reasons. Mutism isolates young people from their peers, holds back their education and is a difficult condition to treat and overcome. But I was also interested in the whole issue of communication and young people. Lindy enjoys Karl’s silence. Most of her verbal exchanges with her family, her teachers, the other kids at school, the drug dealers, are negative, In Karl’s silent world she feels that they can almost read each other’s minds and this helps to strengthen the growing bond between them. 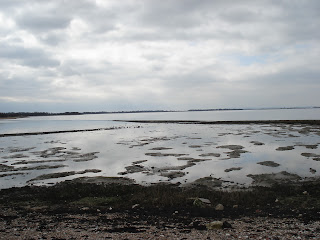 My soundtrack flows between the engine sounds of bikes and motorboats, the cries of seagulls and the rush of the waves over the beach.  There is the spitting of eggs frying, mobile ringtones and laptop start-up sounds, the crack of gunfire and the gloop gloop of mud in the harbour. And in the third novel, Stuffed, Ian Dury and the Blockheads play in the background.

What is the soundtrack to your novel?