Keeping Up With Teen Culture

Recently I dug out old keepsakes from my senior year of high school. (Proud graduate of Washington High School Class of 1986. Woop! Woop!) I found a survey compiled by my class on the best of 1986: 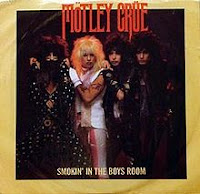 I’d wager that teens today wouldn’t know most of these cultural references. (Gotta love Madonna for hanging in there!)

During my walk down memory lane, I flicked through old photos, laughed at my angsty poetry, reviewed yellowing news clippings and read hand-written notes – all the flotsam and jetsam of my high school life. I wondered how this small town teen in the 1980s could identify with today’s young adults. (God help me, I found a note where I actually used the term ‘foxy’.) We listened to our music on vinyl records or cassette tapes. Our VCR remote controls were not wireless. And home computers and mobile phones were still years away.

I believe that certain universal experiences touch most teenagers whether they listen to eight tracks or iPods. I suppose every generation can say that the next will grow up in a vastly changed world. But what does it mean to grow up living your life on social media? To communicate with friends 24/7 with instant messaging and mobile phones? To live with a 24-hour news cycle in a global economy? How does it change your brain and your behavior? 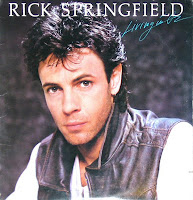 Today's teens are smart and funny and creative and amazing – but they think differently than I did. I’m not making a judgment. In some ways they are more mature and  sophisticated than I was. I’m sure my parents thought I spoke another language and didn’t understand my obsession for Rick Springfield. Yes, I did say ‘totally awesome’ and ‘like’ like every other word when I was in high school.

But it feels as if cultural references and language are evolving at an alarming rate. Do teens say OMG anymore? Do they use Twitter and Facebook or Tumblr or Pinterest or...? I know it depends on the teen and the country and their socioeconomic status etc... I read an article that said something like: where teens are concerned, if it’s more than two years old it’s ancient. That feels true. Almost the moment I write slang or reference music or fashion in my manuscript, it feels out of date.

I’ve read teen books that have young main character referencing 80s culture – because their parents listen to Bon Jovi or watch Bewitched. Yeah, I know kids are subjected to their parents' retro tastes, but mentioning music or shows from the 70s, 80s or 90s, emphasizes the age of the writer not the reader.

I’ve been working on my next teen novel. It’s set in the present day. I’ll use the same character development techniques that I would use when writing about a child in Victorian times or an alien from outer space. I can’t assume I  know how teens think or talk or act without doing my research.

I recently attended a One Direction concert. The great thing about being a writer is that everything can be considered research. When I looked around the O2 at the thousands of teen fans with their 1D banners and T-shirts screaming for their favourite band member, I was taken back to my first Rick Springfield concert when I was sixteen years old. I remembered how overwhelmed I felt to be in the same place and breathing the same air as my heart throb. (Yeah, I know, we don't say ‘heart throb’ anymore.) At the end of the One Direction concert, one young girl told her BFF, ‘this is the best day of my life’. And I remember feeling just the same twenty-something years ago.

Guess at heart we still have a lot in common.

(I'm going to see Rick Springfield in concert next week.I'll let you know if we've changed...) 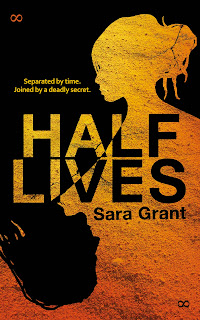 Sara Grant's first teen novel Dark Parties – a dystopian thriller for teens – was published last yearon Orion’s Indigo imprint (Follow Indigo on Twitter @fiercefiction). Half Lives – an apocalyptic thriller – was recently published in the UK and will be available in July in the U.S. Learn more about Sara and her books at www.sara-grant.com or follow her on twitter @authorsaragrant.
Posted by Edge Writers at 17:04