The UKYA Extravaganza - An Edge Perspective by Bryony Pearce


On Saturday, 34 authors of YA fiction gathered in Waterstones, Birmingham (the poster says 35 but we had one hospitalisation). 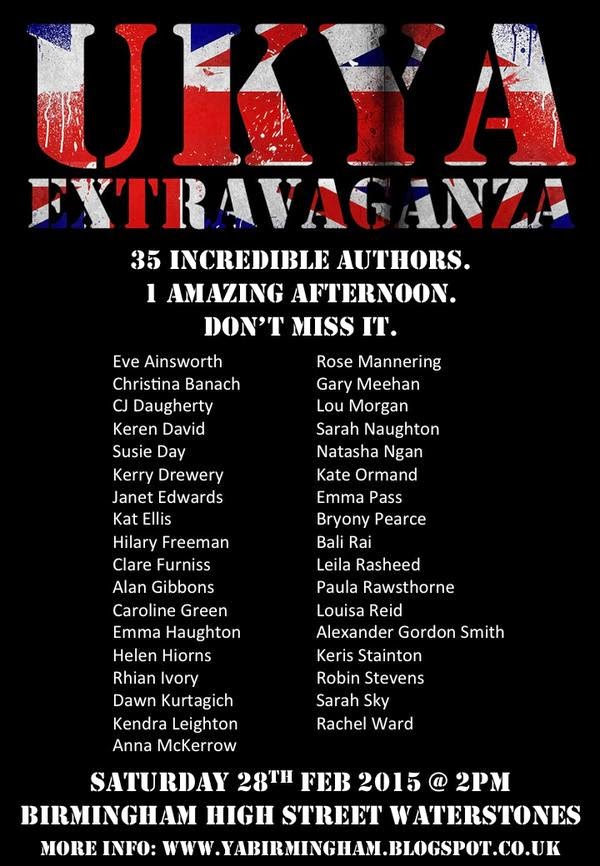 This was not a sit in - we had been invited. In fact the whole event had been brilliantly organised by Emma Pass (author of ACID) and Kerry Drewery (author of A Dream of Lights).
The wonderful thing about the UKYAX (as the cool kids are calling it) was the author to reader ratio. There were about 80 tickets for the event (and they sold out in hours) making it 1 author to every 2.3 readers.
Many attendants have praised the fact that there was such a wide variety of authors.
It was great to see so many diverse authors. @semraworrall
Really great to meet so many authors in one afternoon! @itslauren_JLS
This wasn’t a line up of the ‘usual suspects’, but because it was a ‘first come first served’ event for the authors as well as the readers, it meant that readers were discovering authors they hadn’t heard of before.
Meeting new people and discovering new books @eatreadglam
Not that readers were not turning up at the event with books clutched in hand, seeking particular authors to sign for them. I actually had a Waterstones bookseller, the lovely Andi Yates, come and find me with an ARC copy of Angel’s Fury. I haven’t seen one of those in years! 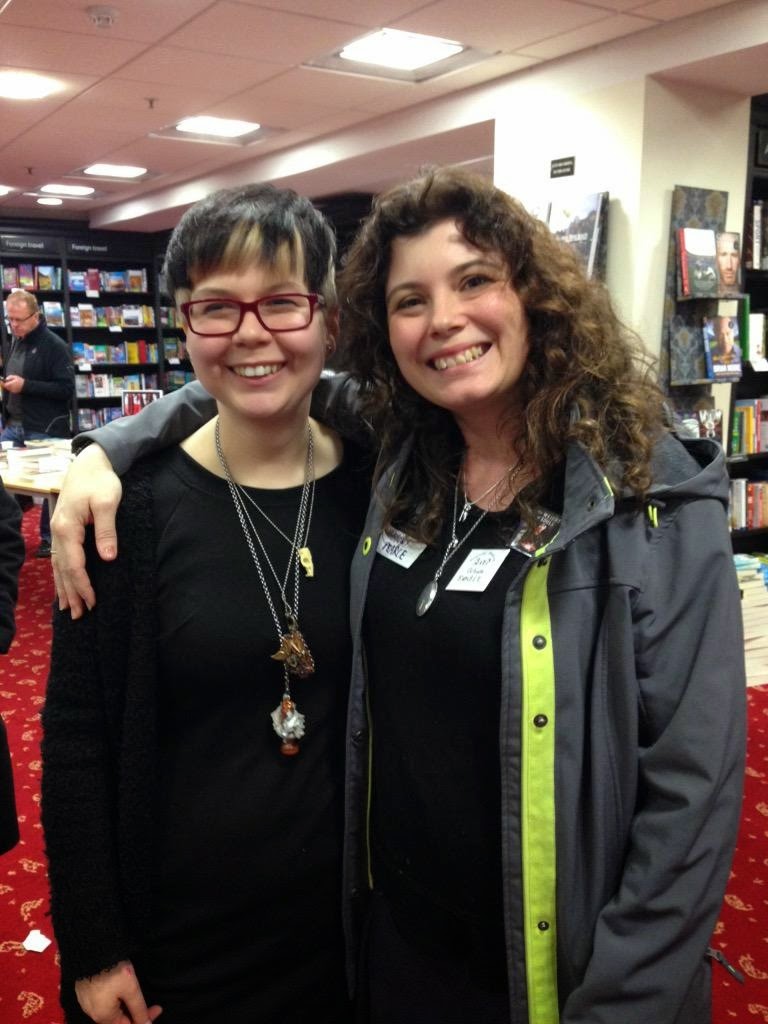 I saw teens literally buying a book from every single author and leaving with 40 odd books, all signed (I just hoped they were parked fairly close to the shop!).
The format of the event was fairly informal and a lot of fun. We all arrived and looked at the cake, wondered if it would be okay to start eating it and settled in. Then Kerry and Emma introduced the day and got members of the audience to pull author names out of an envelope. The order in which you were picked put you on a panel. 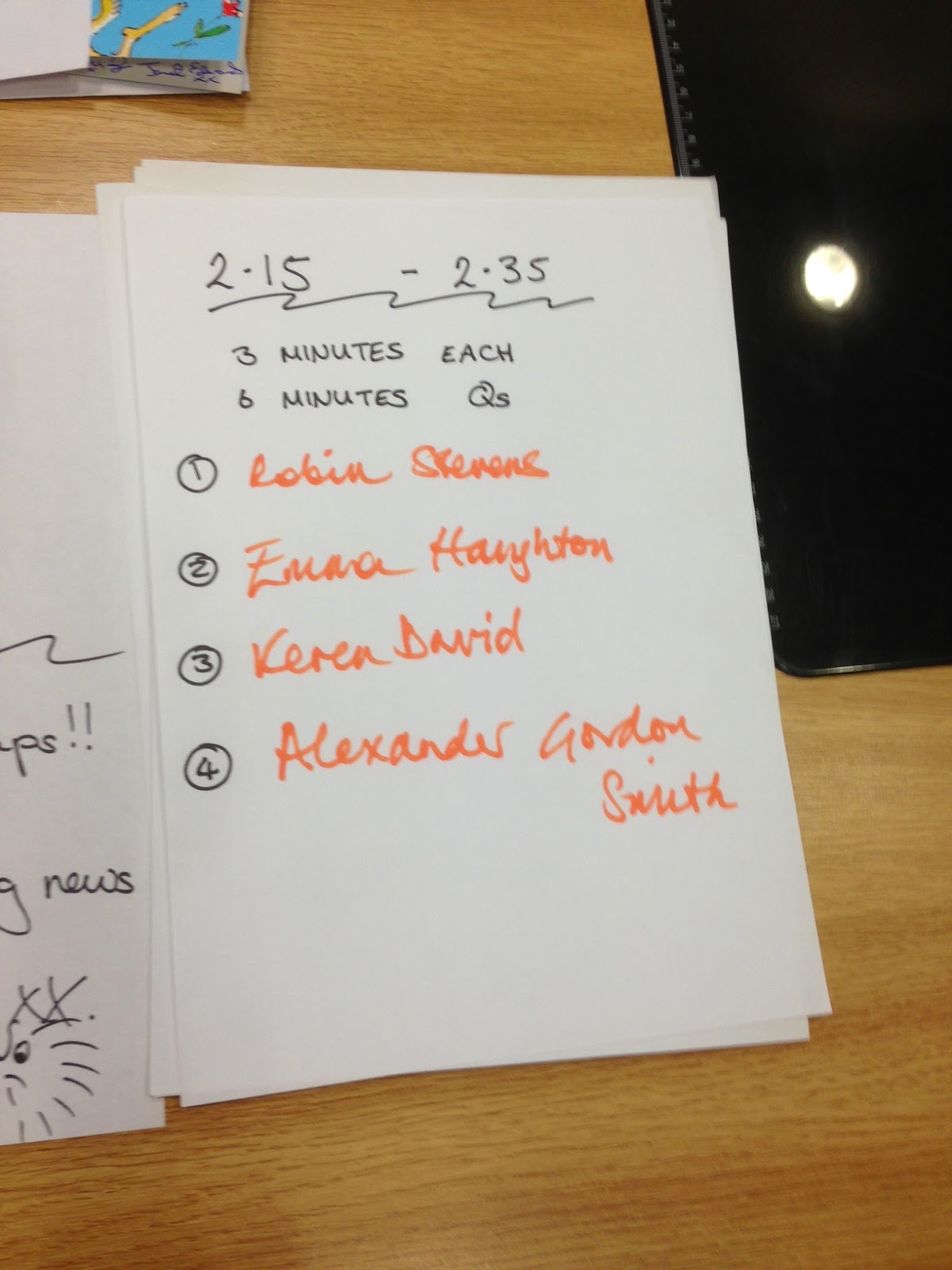 We did mini panels of 4 authors each.
Each author got one minute to introduce their book however they wanted – we had some readings, some short talks and some blurb exposes, then there was a short Q&A. After each panel, there was time to mingle with the audience (and eat crisps) and then another panel went on until it was time for Waterstones to throw us out.
I so enjoyed the mingling part. There were readers, bloggers and vloggers to meet and some of them were wonderfully ingenious.
There was the I love UKYA board
But I was also collared for a quick fire interview where I had to answer such put-on-the-spot questions’ as ‘what is your favourite word?’ Another blogger asked me if I wanted to play a game, then got out the storycubes! I was videoed making up a story on the spot involving an aeroplane, a sheep, an open cage, a question mark and a pair of scales. I can’t say that my story was particularly exciting. But look out for these from lots of authors popping up on Twitter – I can’t wait to see what fellow Edge authors Keren and Paula came up with!
Everyone I saw leaving the event went with a huge smile and I feel that it was a real success: a great way to match up authors and the people who support us - our bloggers, readers and booksellers - in a fairly informal and fun environment.
I’m pretty sure this won’t be the last UKYAX. I hope to see more around the country (no offence to London, but it isn’t often that readers outside the big smoke get the chance to go to such a well supported author event) and I think that this could mark the beginning of a wonderful new way for authors to get involved with their own publicity. I don’t think any publishers helped organise the event and this was perhaps one of the things that made it so informal (authors are an informal lot generally, so not a surprise that something run by authors would be similarly relaxed) and meant that the event was open to ALL UKYA authors.

Well done to all involved in the event, from the bloggers involved in the blog tour (35 authors, 35 blogs), to Waterstones itself, to Emma and Kerry, who parented the whole thing. 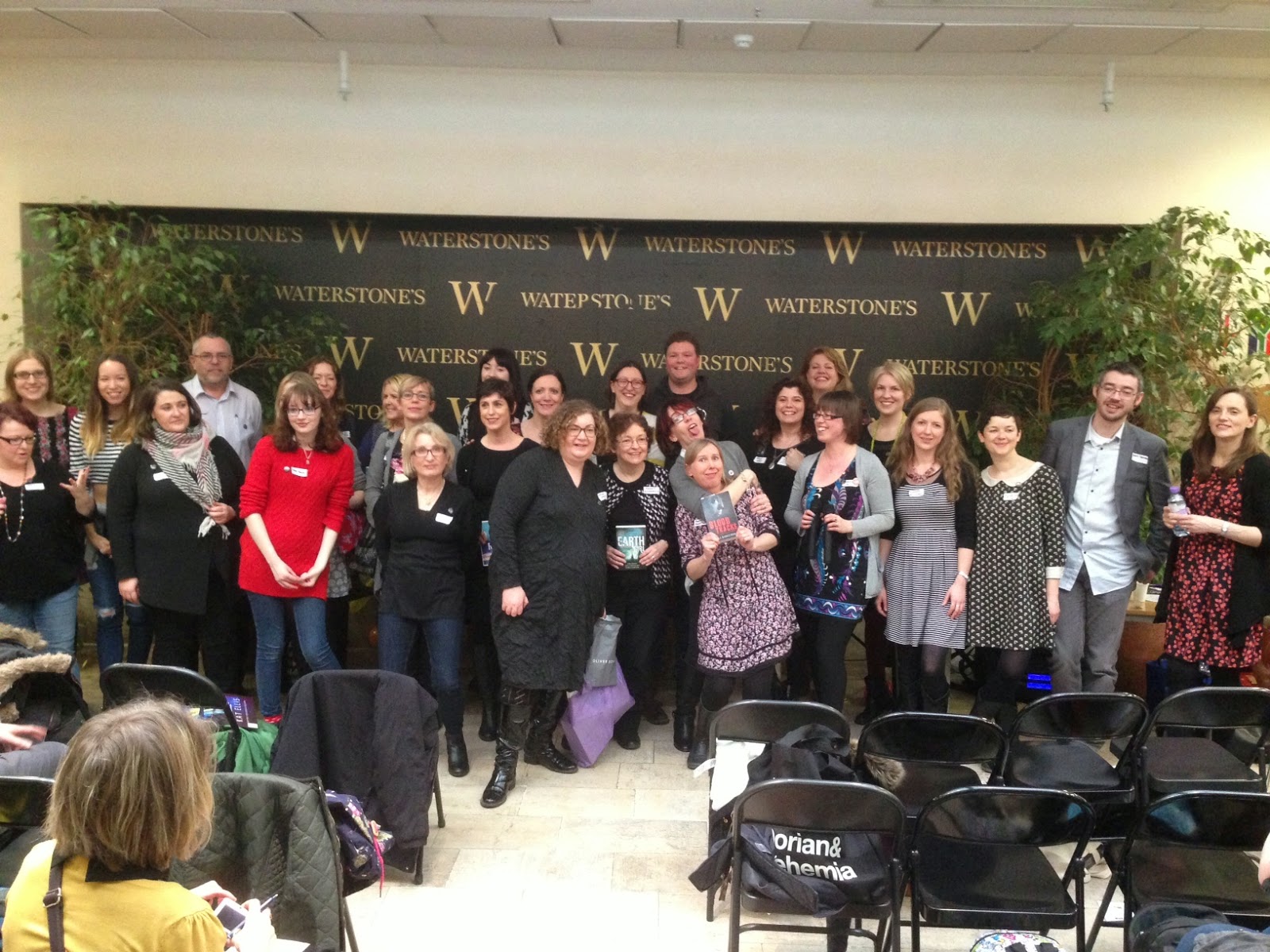