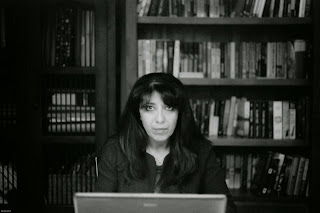 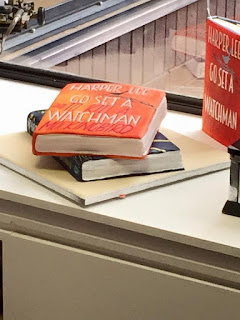 On Tuesday 14th July I was fortunate enough to be invited to a party to celebrate the publication of Go Set a Watchman - the second book by Harper Lee, her first book being of course the iconic Pulitzer prize winning To Kill a Mockingbird, published in 1960.

I'm represented by Andrew Nurnberg Agency, who are Harper Lee's UK agents, and fellow Edge author, Sara Grant, and I were very lucky to be shown copies of the original correspondence between Harper Lee and her eventual publishers before To Kill a Mockingbird reached publication.

I will be reading Go Set a Watchman. The reviews have been mixed, but I know that it has been published in its original form, much as it was written in the mid-1950s. The manuscript was assumed lost and only discovered in 2014. The world has moved on since the days of black segregation in the south. Nelle Harper Lee, her given name, is now 89 years old. The book features characters from To Kill a Mockingbird twenty years on.

I read To Kill a Mockingbird when I was a teenager. It was my first introduction to the segregated American south. The book deals with racism in the small town of Monroeville where Harper Lee grew up. I have watched the film many times too and both book and film have had a profound effect on me. I wanted to be Scout when I was growing up. Atticus Finch gave his daughter lessons to live by, lessons in fairness and justice and tolerance, lessons to live by in any age. 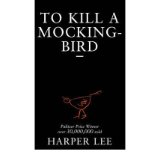 To Kill a Mockingbird has been part of the curriculum in many schools over the years, and what Go Set a Watchman might do is to introduce a whole new generation to the book. 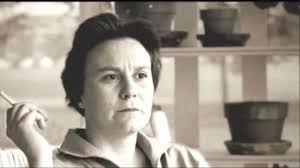