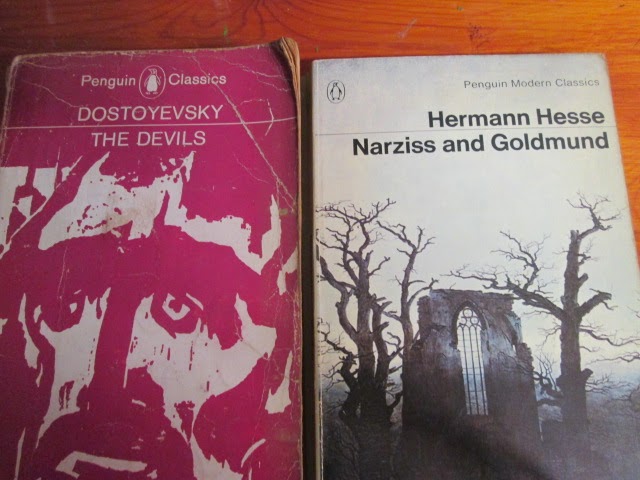 Where would I be without Penguin? In 1970 my copy of The Devils by Dostoevsky cost me 50p. My weekly allowance as a student was £5.00. Go figure, as the Americans say.
When I was growing up most of my books came from the library. We couldn't afford to buy books on a regular basis. Access to books was very limited for a thirsty reader like me - we were only allowed to take out three books a week and had no entry to the adult library until we were twelve.

But Penguin was already publishing cheap good quality paperbacks. In 1935 Allen Lane, the director of Bodley Head, found himself on a train platform looking for something to read. The bookstall only stocked magazines and reprints of Victorian novels. Lane decided there and then to set up an imprint he was to call Penguin, to publish good quality contemporary fiction which could be sold all over the country, even in tobacconists, at an affordable price for all.
The first books appeared in summer 1935 and cost just sixpence - the price of a pack of cigarettes. They included works by Agatha Christie and Ernest Hemingway - Penguin had lit the fires of revolution in publishing which has lasted to the present day - 80 years later. 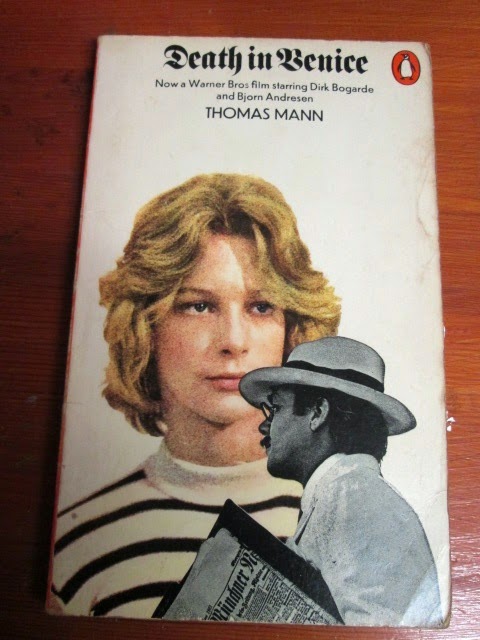 As I entered my teens and started to earn my own money, a proportion was always spent on books and with Penguin I could afford to buy the greatest classics, the best in history, the major authors - anything my heart desired. This edition of Death in Venice, brought out to coincide with the film in 1971, cost me 20p. Even a poor student could afford the riches of Thomas Mann.

Meanwhile Penguin was busy bringing our absolute gems of poetry books and opening up the world of modern poets. They began a series of Penguin Modern Poets with the highlight being Number 10,  'The Mersey Sound', in 1967, the summer of love, with Adrian Henri, Roger McGough and Brian Patten : My copy falls open automatically to Page 19 : 'Love is feeing cold in the back of vans/ Love is a fanclub with only two fans/ Love is walking holding paintstained hands/ Love is... Penguin proved that it was never going to be stuffy, stuck in the dark ages, unable to reach readers of all ages. 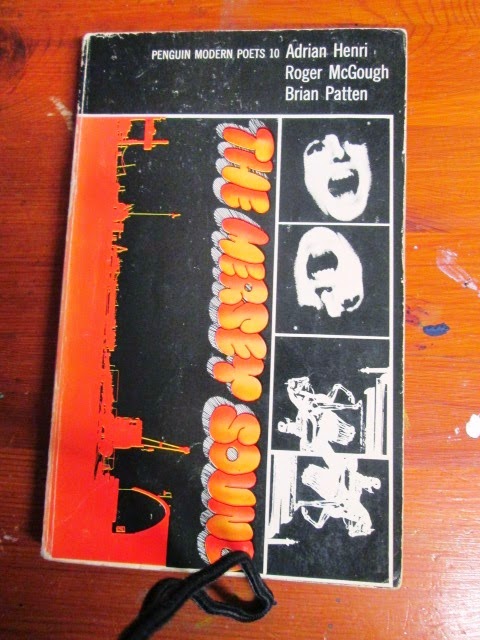 Penguin also started its series of modern European poets and opened my eyes to a whole host of poets I had never heard of before : Miroslav Holub, Anna Ahkmatova, Vaska Popa, to name but a few. 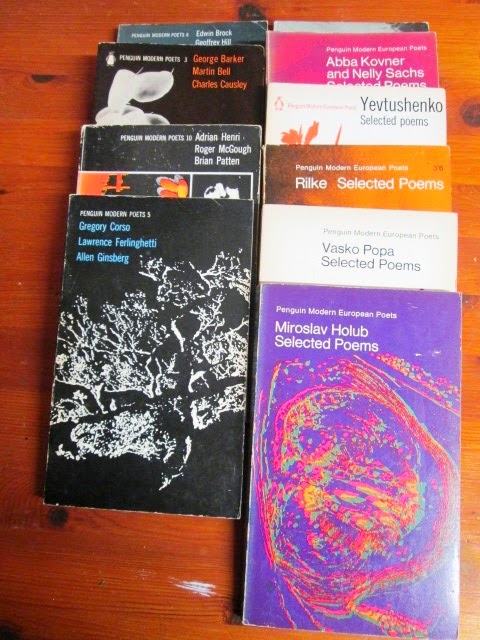 Pelican was started in 1937 as the non-fiction imprint for Penguin and heavens only knows how I would have been able to afford books for my degree without them. 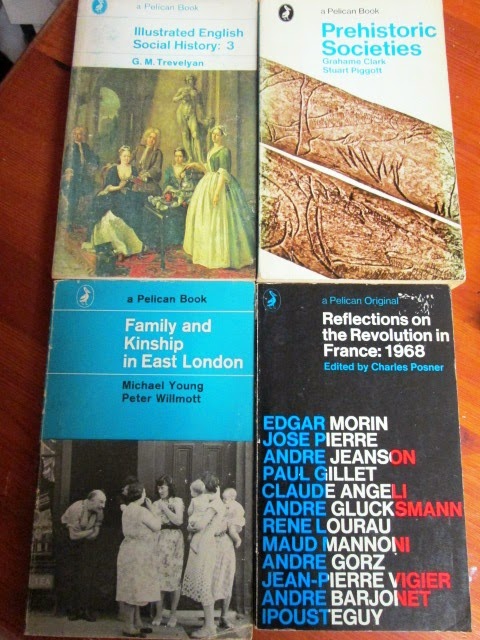 And now - to commemorate the 80th anniversary of Allen Lane's brilliant idea - the founding of our beloved Penguin books - Penguin has brought out 80 beautifully produced Little Black Classics and true to their founding principles, each book only costs a totally affordable 80p. I'm not sure if I will buy all 80 but I've already snapped up my first selection and I'm tempted to go for it and get the entire collection.
Have you started buying your Little Black Classics yet??? 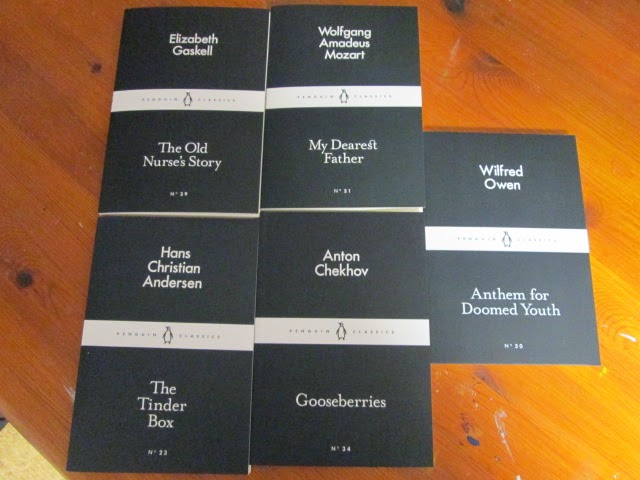